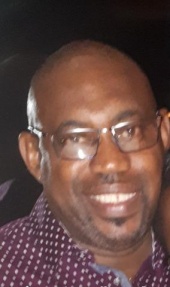 It is with great sadness that we announce the passing of Mr. Eugène-Paul Joseph on August 8th 2022, at the age of 59. He was the husband of Mrs. Jolyn Tricia Lawrence.

Many other relatives and friends in Barbados, St, Lucia, Bahamas, Canada, and the U.S.  too numerous to mention. As well as his former colleagues from Club Med, L’Academie Brossard and Gibbys Restaurant at Place D’Youville, Montreal.

The viewing be held on Sunday August 28th 2022 at 11 a.m. onwards, followed by the funeral service

The  funeral service will begin at 2 p.m

In the chapel of Résidence funéraire Saint-Hubert.

The funeral services were entrusted by;

Followed by a repass at 4pm at;

I am sorry to hear of Paul’s passing, your thoughts are in my prayers. I am sure you will remember how much Paul loved you both. I hope his memories will bring you some comfort during this challenging time. I just want you to know I care about you and share in your sadness as you remember Paul, he was special and will always be with you, living through you, and giving you strength. Please accept my deepest condolences.

Dr Morella Joseph,Marilyn Josrph , Juliana Joseph and the rest of his siblings and the Joseph and Poyotte families

Accept our deepest condolences from Patricia Henry and family also the Goodman family.May his soul Rest in Eternal Peace as he awaits his final journey to be with the angels in heaven

You cannot be present or you wish to offer something ?

We will personally deliver it to the family